South Adelaide Netball Club would like to congratulate Rachel Redden on her selection into the 2019 U/17 South Australian state netball team. Rachel joins the squad of 12 who will be travelling to Brisbane in April to compete in the National Netball Championships. Rachel has been playing netball for 7 years and has been playing at South Adelaide Netball Club for 5 years also recently receiving her 5 year medal with the club.

Along with being selected into the 2019 U/17 squad Rachel was also selected and participated in the Adelaide Metro Netball Academy from 2015 to 2017. She also competed in the U15 SSSSA state team and won bronze at the Pacific School Games, and also being selected into the U17 development squad.  Rachel is “really excited for the opportunity to play with and against such high quality players whilst representing my state” and was completely in shock when she read the team list and saw her name was among the selected players. “I was just so happy to make the team, last year I made the Development Squad and so this year I really wanted to make the State Team. I put so much hard work on (League/ Reserves and with Judi) and off the court, and I was just so happy to see my hard work paying off.”

Rachel’s future plans with netball see’s her aiming to perform well at Woods and at Nationals and to keep up the hard work throughout preseason training.  In the future she hops to play for the Southern Force and Thunderbirds and to hopefully one day make an Australian team. Rachel thanks everyone at South Adelaide Panthers for supporting her career and current success within the national team.

South Adelaide Panthers would like to wish Rachel all the success with her future within both the club and national teams . 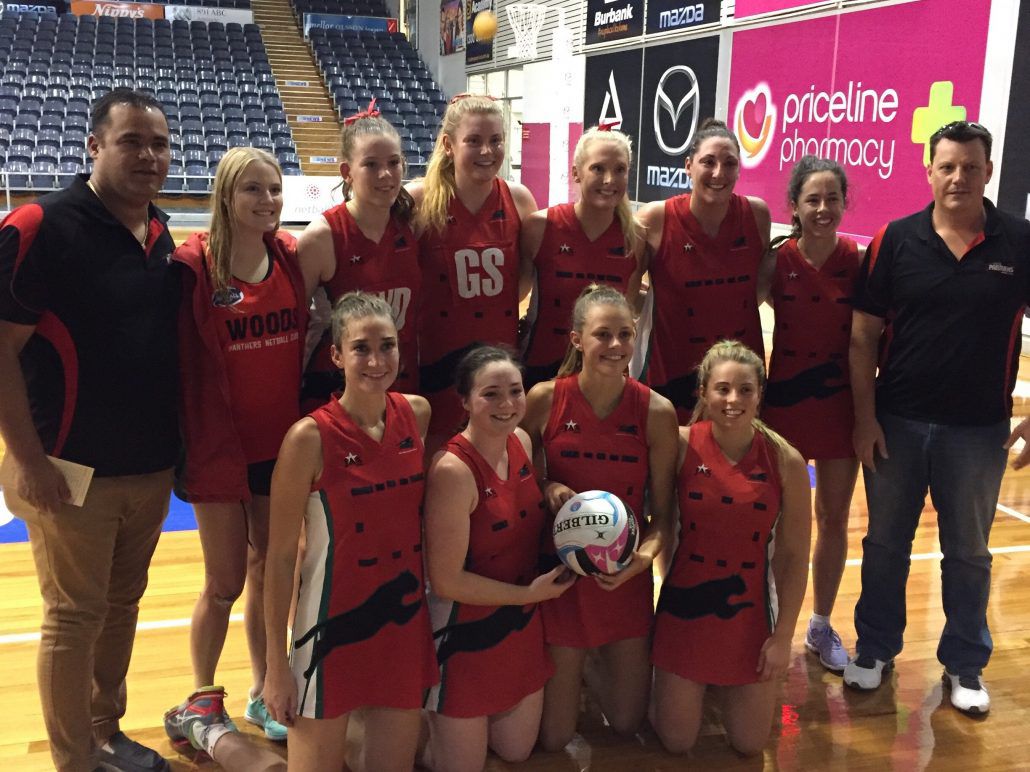 Congratulations to our Senior A Grade Team